The Board of Directors (the “Board”) of Parkway Utility District (the “District”) met in a special session, open to the public, at 12843 Tidwell Road, Houston, Texas, at 6:00 p.m. on February 14, 2019, whereupon the roll was called of the Directors, to wit:

All members of the Board were present, except Director Woods, thus constituting a quorum. Also attending all or parts of the meeting were Mr. Bill Blitch of Blitch Associates, Inc., financial advisors for the District; Mr. Jerry McCurtain, Jr. and Mr. Victor Sanchez. Jr. of MagnaFlow; Sergeant Terry Gainey of the Harris County Constable’s Office, Precinct No. 3 (the “Constable”), security for the District; Mr. Jamal Singleton of Direct Waste Solutions, Inc. (“Direct Waste”), solid waste and recycling collectors for the District; Mr. Bradley Jenkins and Ms. Kaci Schlachter of Jones|Carter (“Engineer” or “J|C”); Mr. Calvin Browne and Ms. Rebecca Marcucci of Municipal District Services (“MDS”), operators for the District; Mr. Gary Syzek of Systems Project Management; Mr. Reginald Wilson and Ms. Brenda Presser of Norton Rose Fulbright US LLP (“NRF”), attorneys for the District. Residents of the community in attendance are registered on the attendance sheet attached as Exhibit A-1.

The meeting was called to order, and in accordance with notice posted pursuant to law, copies of certificates of posting of which are attached hereto as Exhibit A, the following business was transacted:

1. Public Comments. There were no comments from the public.

2. Approve minutes of a special meeting on January 28, 2019. The Board reviewed the minutes of the regular meeting of January 28, 2019, copies of which were previously distributed to the Board. Mr. Syzek asked about security at abandoned homes and requested additional assistance with monitoring illegal activities on these properties. No action was requested of the Board.

3. Report by Harris County Precinct Two Constable. President McNeil recognized Sargent Ganey, who reviewed the Security Report for the month of January, a copy is attached as Exhibit B.

4. Community Crime Watch Report. There was no report presented to the Board.

5. Systems Project Management Report. Ms. McNeil recognized Mr. Syzek, who reviewed his report, a copy is attached as Exhibit C. Discussion ensued regarding parking and safety issues related to requirements of the Texas Commission on Environmental Quality (“TCEQ”) for the District’s water plant. Mr. Jenkins reported that he will bring options for a solution for review and discussion by the Board. Upon motion by Director Rettig, seconded by Director Balderas, after full discussion and the question being put to the Board, the Board voted unanimously to accept the Systems Project Management Report.

6. Building Superintendent’s Report. There was no report submitted to the Board.

8. Discuss Global New Millennium Development proposal. President McNeil recognized Mr. Jenkins, who reported on a conference call between Global New Millennium Development (the “Developer”), Jones/Carter and NRF to discuss the feasibility study. Mr. Jenkins reported that the District does not have sufficient capacity to serve the proposed development. However, he noted that the Developer can install a temporary spray septic system pending capacity availability. Mr. Jenkins reported that the District will not have available sewer capacity until Greenwood Utility District (“Greenwood”) connects to the Tidwell Lakes facility or installs a package plant, which would return to the District’s available capacity being leased by Greenwood. Discussion ensued regarding a physical document evidencing the renewal capacity leasing to Greenwood. President McNeil reviewed historical discussion and action related to a proposed Amended and Restated capacity lease agreement. Discussion ensued regarding the steps moving forward to protect and reinstate the District’s capacity. Upon motion by Director Rettig, seconded by Director Balderas, after full discussion and the question being put to the Board, the Board voted unanimously to authorize NRF to prepare and deliver a letter to Greenwood to halt use of District capacity.
Discussion ensued regarding the ability to serve additional requests for capacity until issues are resolved with Greenwood, until the agreement for leased capacity with Greenwood is terminated and capacity at Lift Station No. 2 is confirmed.

The Board discussed how to address the need for additional capacity to respond to new developers and the proposed construction of a force main on Tidwell. Discussion ensued regarding sharing a package plant with Greenwood to allow the District the capacity to serve new development. Following discussion, Mr. Wilson reported that this will be a topic of conversation at the District’s next joint facilities meeting with Greenwood.

Mr. Jenkins presented and requested approval of Change Order No. 2 to authorize Jones/Carter to submit the change order to the Texas Commission on Environmental Quality ( “TECQ”) for approval to proceed on an emergency basis because the change order exceeds $50,000. He stated that the change order is in the amount of $124,340.00 and includes the blasting and re-coating of the interior of Hydro-pneumatic Tank No. 1 (“HPT 1”), pressure washing and top coating of the exterior of the HPT 1, structural design modifications for the control building, chemical disinfection building, booster pump foundation and canopy, and generator foundation. Upon motion by Director Balderas, seconded by Director Everhart, after full discussion and the question being put to the Board, the Board voted unanimously to approve the Engineer’s Report as presented.

10. Receive and approve Operator’s Report, including action on customer matters, system repairs, and maintenance. President McNeil recognized Ms. Marcucci, who presented and reviewed with the Board for approval the Operator’s Report, a copy of which is attached as Exhibit E. Ms. Marcucci reported 97% accountability for the period December 15, 2018 through January 15, 2019.

She reported that Magna Flow is a vendor of the District responsible for sludge hauls. She introduced representatives to discuss the sludge haul process. Mr. Sanchez introduced himself, provided some background information on himself and Magna Flow, and reviewed the services that MagnaFlow provides including the breakdown of waste solids.

The Board discussed consolidating two meetings per month to one meeting per month. The Consultants weighed in on availability and the overall consensus of the Board and Consultants was to change its meeting schedule to one regular meeting per month, contingent on Harris County Constables office being available on the second Wednesday of each month, and schedule additional “special meetings” as needed. The Board concurred to meet on its regular meeting times and days for the month of March and meet on the new day and time in April. Ms. Presser stated that she will confirm with Mr. Wilson and Sgt. Ganey on the meeting date change. 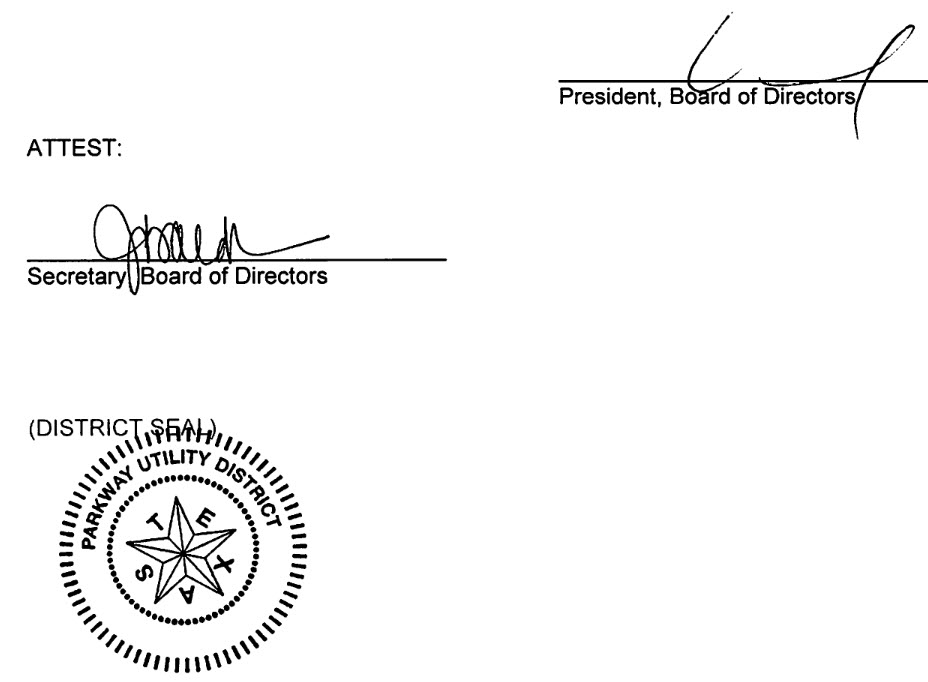