The Board of Directors (the “Board”) of Parkway Utility District (the “District”) met in a special session, open to the public, at 12843 Tidwell Road, Houston, Texas, at 6:30 p.m. on February 27, 2019, whereupon the roll was called of the Directors, to wit:

All members of the Board were present, except Directors Rettig and Everhart, thus constituting a quorum. Also attending all or parts of the meeting were Mr. Gary Syzek of Systems Project Management; Mr. Bradley Jenkins and Ms. Kaci Schlachter of Jones|Carter (“Engineer” or “J|C”), engineers for the District; Mr. Calvin Browne of Municipal District Services (“Operator” or “MDS”), operators for the District; Mr. Reginald Wilson and Ms. Shaila Sreedharan of Norton Rose Fulbright US LLP (“NRF”), attorneys for the District.

Discuss Wastewater Treatment Plant project. Mr. Jenkins reviewed two options outlined on a handout distributed to the Board, a copy is attached as Exhibit B and discussed below.

Mr. Jenkins reported that Option 1 includes continuing with the regional plant that would provide the District capacity and ownership without an additional District plant. He reviewed construction and annual operations costs and noted that a Force Main would need to be installed on Tidwell Road.

Mr. Jenkins noted that both options are similar in costs, there would operational costs for both shared and individual wastewater treatment plants and both have the same deadline of December 2021.

Discussion ensued regarding the waste discharge permit upon identification of a site for a new wastewater treatment plant and possible protests regarding the permit. Mr. Wilson asked whether the 1,125,000 gpd limit could lead to overcapacity in the future if Greenwood Utility District (“GUD”) operates at a higher rate. Mr. Jenkins noted that it could happen and that better communication would be required to prevent such event. Mr. Wilson recommended that the Board keep this in mind when making their decision on whether or not to select Option 1 or Option 2. Discussion ensued regarding GUD’s continued use of capacity, development, and building. Mr. Wilson noted that he has reviewed the lease agreement and that it terminated on December 31, 2017. He has been unable to locate an extended agreement, but has found written communication referencing an extended agreement. President McNeil stated the Board is not interested in entering another lease agreement.

Mr. Wilson noted that there is a conference call on Monday, March 4, 2019, to enter discussion ahead of the proposed Joint Facilities meeting to discuss the next steps for the Wastewater Treatment Plant.

The Board asked about the sinkhole at the Wastewater Treatment Plant and Mr. Jenkins reported that GUD’s engineer stated that it was a joint separation and there is a contractor looking at it. Repairs have not been made.

President McNeil suggested having a joint powers board for the regional wastewater treatment plant and Mr. Wilson said that it can be written into the contract. 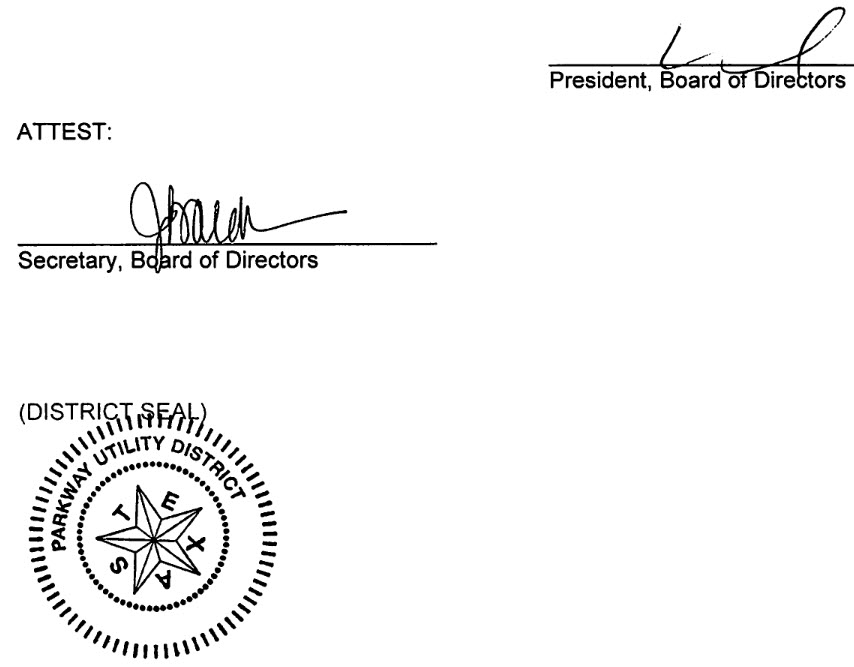